For years Taika Waititi and Jermaine Clement had been plying their trade in independent cinema and TV with the likes of Eagle vs Shark, Boy and Flight Of The Conchords, but had yet to really make the step up that would turn them from cult icons to a powerful force in the mainstream.

Based on a short movie they released in 2005 called What We Do In The Shadows: Interviews With Some Vampires, the 2014 movie expanded on this unique premise and became a fan favorite. 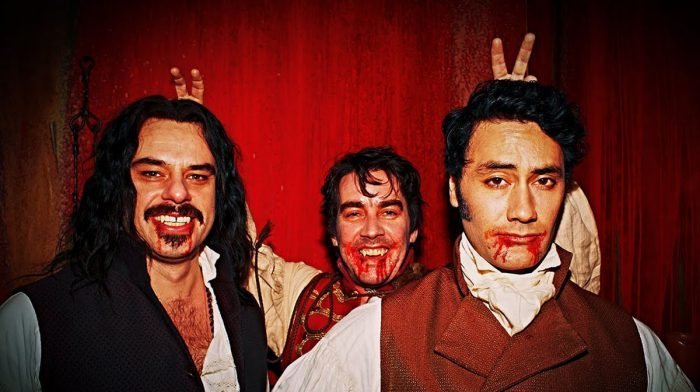 Following a documentary crew, we are introduced to the house share of Viago (Waititi), Vladislav (Clement), Deacon (Jonathan Brugh) and Petyr (Ben Fransham); a collection of vampires who spend their nights searching for victims and arguing over house chores.

Throughout we meet an eclectic collection of other creatures such as werewolves, zombies and witches (that so often populate the world of horror) reintroduced to us in new, inventive ways.

Combining comedy and horror with a mockumentary style, What We Do In The Shadows is able to blend these elements brilliantly while keeping the New Zealand sense of humor that has become synonymous with Waititi’s future work. 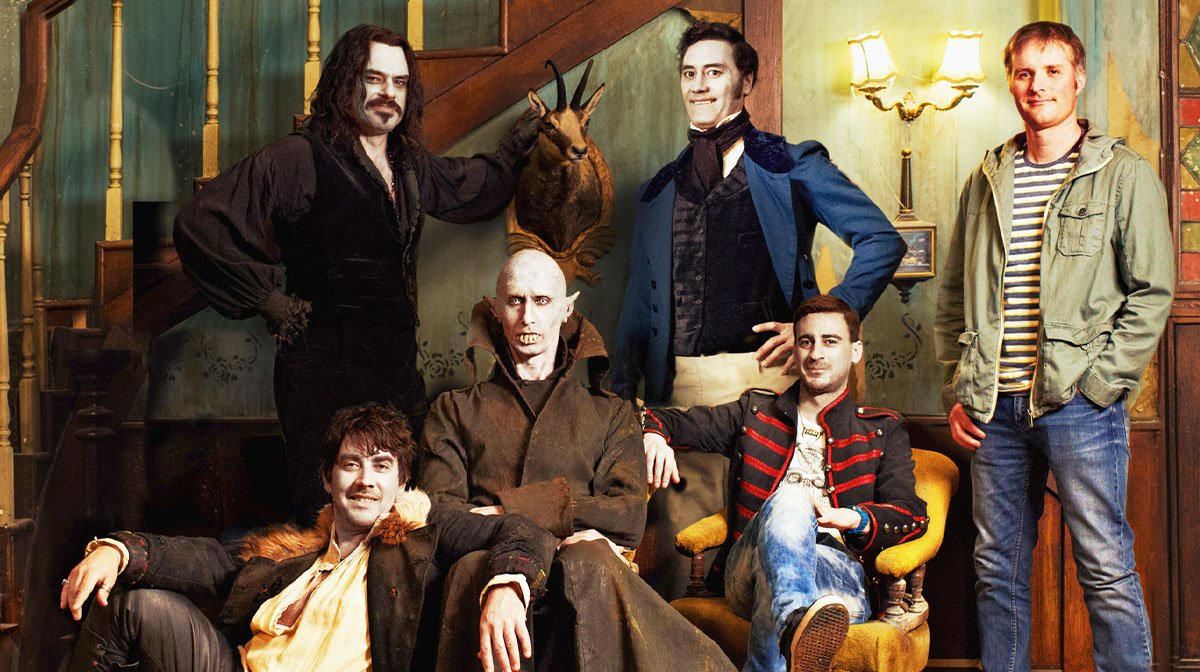 The mockumentary style is the factor which really makes this one pop. We have seen mockumentaries before, like This Is Spinal Tap and more recently Popstar: Never Stop Never Stopping, which both send up the music industry for their respective time periods.

With What We Do In The Shadows we are experiencing something closer to the sitcoms that defined this decade of American network TV, with obvious links to the likes of The Office and Parks And Recreation in how the series is styled.

Throughout the movie the crew interviews the lead vampires (minus the silent Petyr) allowing us to not only get to know them better, but understand their back stories, desires and what led them to Wellington in the first place.

Whether it was in search of love, or escape from persecution, they all ended up in this dilapidated mansion, bickering over unwashed dishes and spilt blood on the rug. 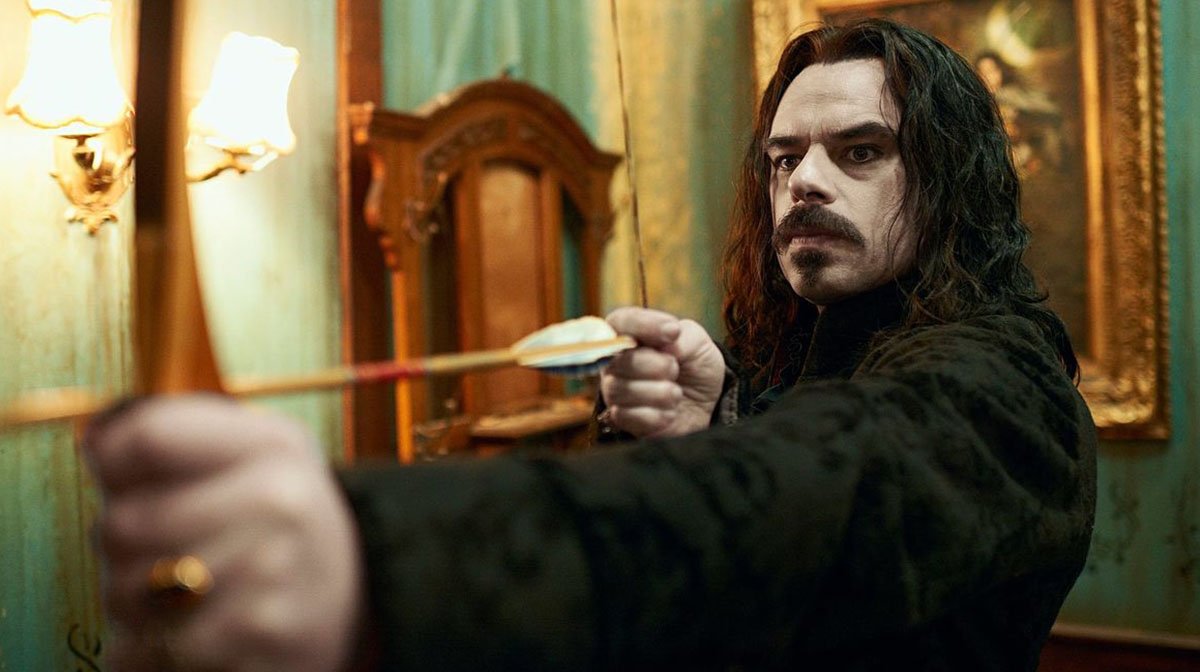 What makes this movie so charming is the fusing of it’s style with colourful characters. With four main vampires to follow, fans of horror are treated to comedic takes on classic vampire styles, such as Petyr styled after Nosferatu, all the way up to newcomer Nick (Cori Gonzalez-Macuer), who most closely resembles the vampires of the Twilight era.

Seeing how different types of vampire interact with not only each other but the outside world is delightful, leading to ridiculous moments like a bat fight outside of a nightclub, and Viago learning how to use a computer for the first time.

Many a story has attempted to modernise vampires, but few have captured the way in which century old beings would struggle with adapting to the constantly changing modern times. 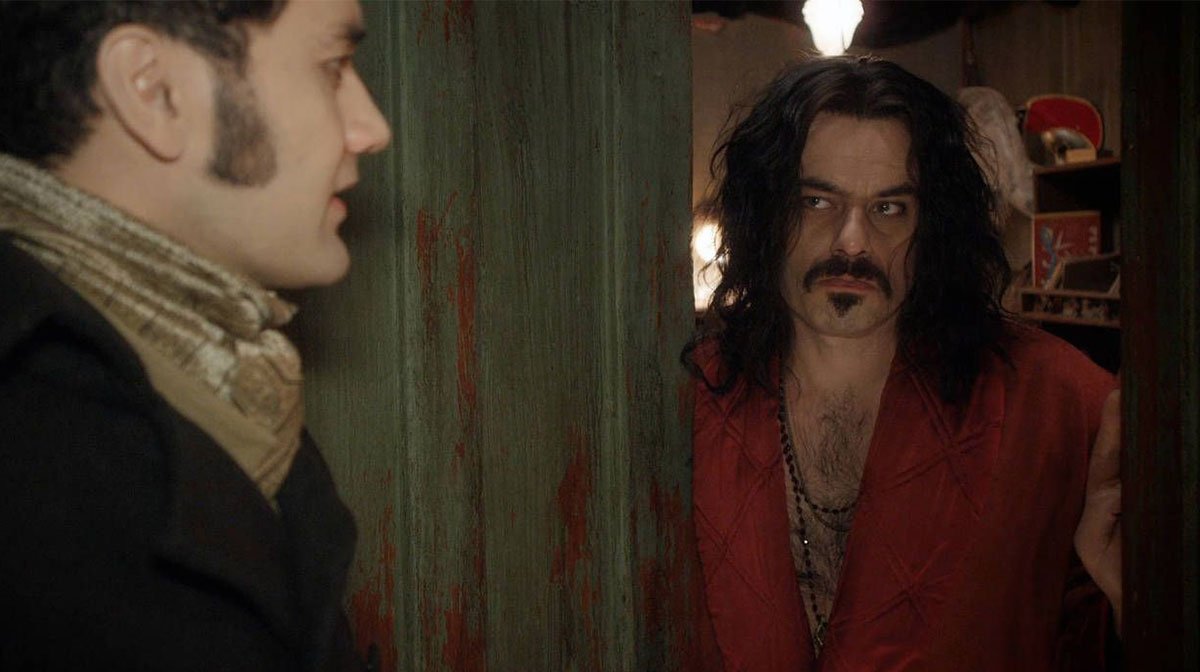 While some of Waititi’s later work is sure to have gained him massive support with the box office hit of Hunt For The Wilderpeople and 2017’s Thor: Ragnarok, it was with Shadows that Waititi and Clement were able to fine tune their comedy, making something that was appealing to wider audiences.

With his previous film Boy being a box office breaker in New Zealand, Shadows did not hit nearly the same box office numbers but it’s cultural impact was widespread.

The series has spun off into a similarly named TV series, as well as a separate series following the local police officers who stumble in on the vampires named Wellington Paranormal. Both series have proved successful and kept fans coming back wanting more from this paranormal world. 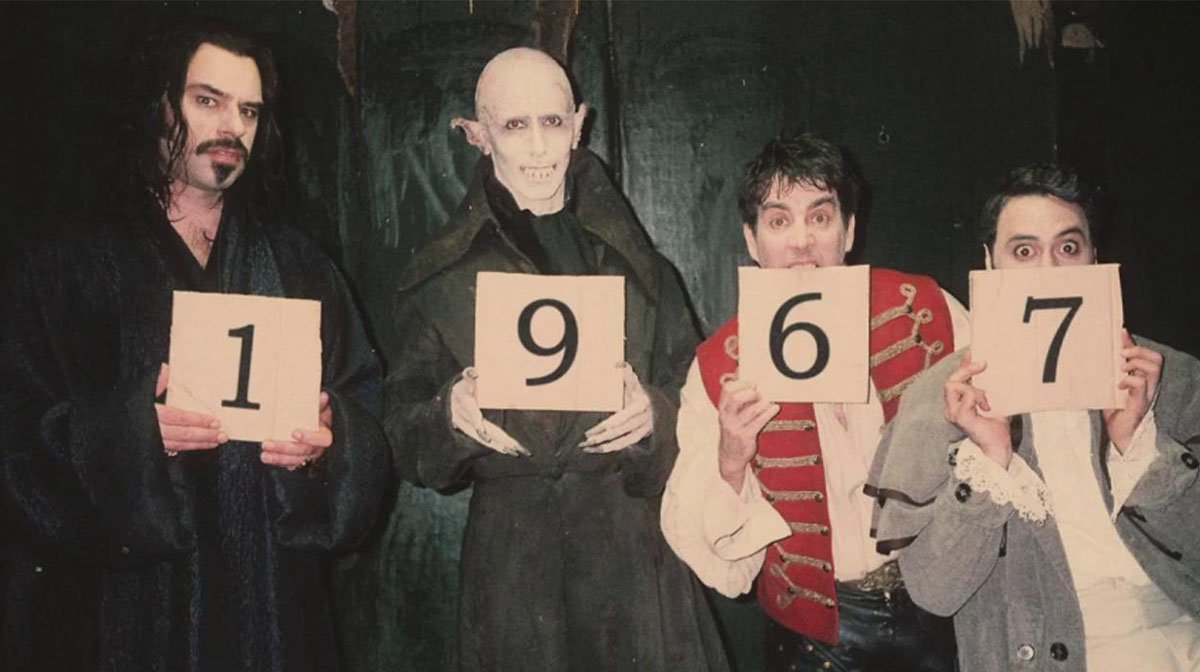 What resonates with me the most, and why I would consider What We Do In The Shadows as one of the strongest films of the decade, is the ability to take vampire tropes and create new and interesting ways to present them.

Having so much detail and care put into the story, characters and environment really helps to show why both Waititi and Clement have become some of the most popular and creative talent of the decade.

With Waititi’s newest movie Jojo Rabbit hitting UK cinemas in January 2020 and expected to be an awards contender, we are sure to see the decade ahead of us be filled with more laughs from the Maouri pair.

I can’t help but keep coming back to this film as it always keeps me laughing and with a run-time of just 85 minutes, is perfect for a casual viewing on those nights when all you need is some horror based chuckles.

Throughout December the Zavvi Blog will be celebrating the very best films of the past decade, from Jim Jarmusch’s poetic Paterson to the epic Avengers: Endgame, with each of our team of writers arguing why their choice is indeed the greatest.

Shaun Alexander is a London based freelance film writer. He has a lot of love for Star Wars, Disney and the Saw Franchise. That Onion article about the loser going to the cinema by himself... yeah that's him.

The Batman: What’s Next For This New DC Universe

Stanley Tucci And Naomi Ackie On Whitney Houston: I…

Will Ferrell: His Ten Best Movies

Golden Globes 2020: All The Winners

Gladiator: 20 Years On And We Are Still Entertained

The Top 10 Christmas Movies Of All Time