Pumpkin King Jack Skellington and his ghoulish neighbors first crept their way down the corridors of pop culture more than two decades ago, but one question still causes an itch when considering Tim Burton and Henry Selick’s stop-motion classic The Nightmare Before Christmas: is it better to enjoy your annual re-watch around Halloween or Christmas?

With the sharp air and crunchy ground leaves of autumn now part of our daily lives once again, there’s an inevitability about the type of movies we watch during this period of time.

The presence of Halloween usually inspires horror film marathons for many, but for me personally, this time of year kicks off my flirtation with Nightmare. 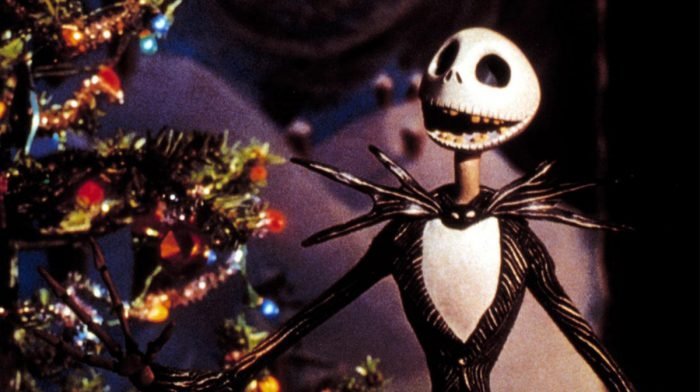 For all its dark and fluid beauty, the movie is something of an anomaly. Despite being made by Disney, is it too spooky for kids? Should it only grace our screens once Wham’s Last Christmas enters the radio playlists? Does it belong next to Miracle On 34th Street or Nightmare On Elm Street in your DVD collection?

The movie itself transcends both genre and seasonal categorization; it boasts everything from romance, horror and fantasy, to festive and existential sensibilities, all wrapped up into this timeless musical masterpiece full of expressionistic imagery.

By sweeping over Nightmare’s intricate design, though, this may help in closing the debate. 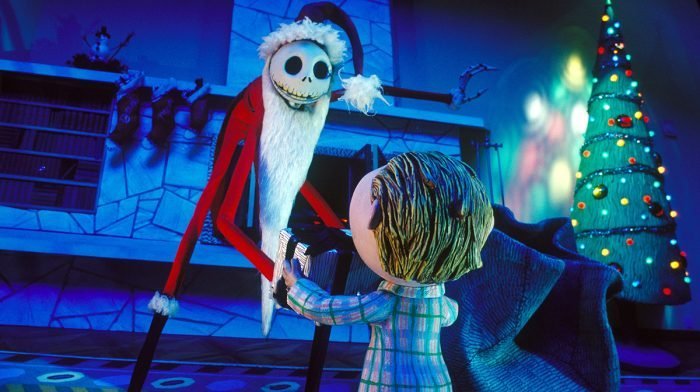 Director Selick opens in the same place he ends it: Halloween Town, with its creatures and gothic denizens serenading the screen with Danny Elfman’s beautifully crafted lyrics at both ends of the timeline. Granted, the two scenes oppose one another in terms of atmosphere, but the audience’s gaze is still pushed towards the creepy townspeople – not the twinkly-eyed cherubs of Christmas Town.

Here, we have the wolfman, mummies, a merwoman, a devil, vampires, a coven of witches and a psychotic clown with a ‘tearaway face’, who regularly dip in and out of the narrative across its modest 76-minute duration. You could argue that the deeper focus on these characters suggests a film more aimed at trick-or-treaters than Christmas carollers.

Notice how even the sun is a planet-sized carved pumpkin.

The words ‘boys and girls of every age, would you like to see something strange?’ echo through the moonlit graveyard during Nightmare’s opening scene, which conveniently slots within this article’s ultimate conundrum: it’s a difficult movie to pin down. 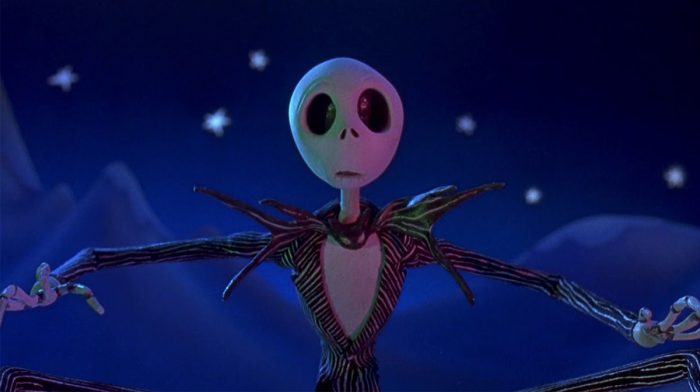 Taking things to Nightmare’s real-world unveiling, it premiered at the 1993 New York Film Festival before its wide theatrical release on October 29th. Christmas projects are often rolled out during mid-late November, but just in time for Halloween? This is unheard of, even 26 years down the line.

Although the discovery of Christmas is the major plot device, Nightmare’s beating heart lies in skeleton Jack’s identity crisis and how he comes to reclaim leadership of Halloween Town (whilst also finding love with Frankenstein-doll, Sally).

Meanwhile, the likeliness of someone telling you that their favorite part of the film is when Santa Claus gets freed from the clutches of Oogie Boogie, is very doubtful. In fact, you may find that his very imprisonment – thanks to Lock, Shock and Barrel – is where the fun truly lies.

To quote an in-film news reporter, the ‘mocking and mangling’ of this joyous holiday is what really separates Nightmare from its festive peers. Even Ron Howard’s The Grinch ends on a high – full of turkey, baubles and presents. 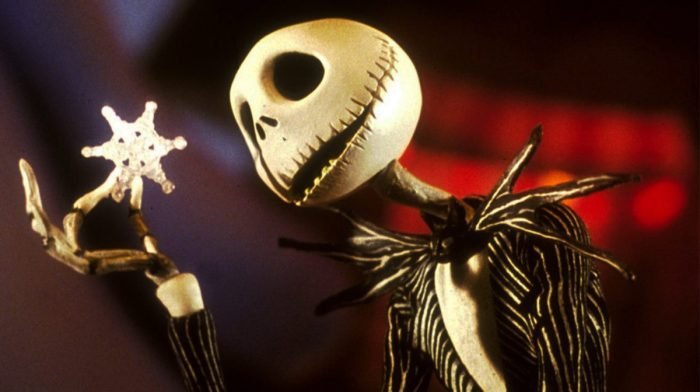 On the flip side, Nightmare’s final 10 minutes work to remind us of how special and magical Christmas is; falling snow, a jolly big lad in a red suit and galloping reindeer populate the Halloween Town sky, with its inhabitants gazing up awestruck.

Even earlier on in the movie, the effervescent ‘What’s This?‘ segment neatly sets out the filmmakers’ vision: we’re in for a twisted ride of interconnecting themes and flavors, and just like Jack, we marvel at both the gluttony and warmth of Christmas.

Putting into consideration all of Nightmare’s qualities, it does the job of making you appreciate freaky mischief while also delivering a powerful punch of festive anticipation.

It’s built to serve viewers of all ages, whether they’re Halloween fanatics or Christmas obsessives, so why not settle down with some treacle toffee and wash it down with a nice cold glass of eggnog?

You’re free to watch this one anytime between October and December.

A freelance journalist who kneels at the altar of Jim Carrey, Stephen King, Middle-earth and Tony Soprano.

War Of The Worlds At 15: An Underappreciated…

Ms. Marvel: Five Things To Know About The MCU Show