There has always been nothing quite like the magic of a Star Wars movie.

The opening crawl. That John Williams score. The incredible landscapes. The perpetual battle between good and evil.

And at the heart, the Force – the energy that brings balance to the galaxy, to our heroes, and to our villains. 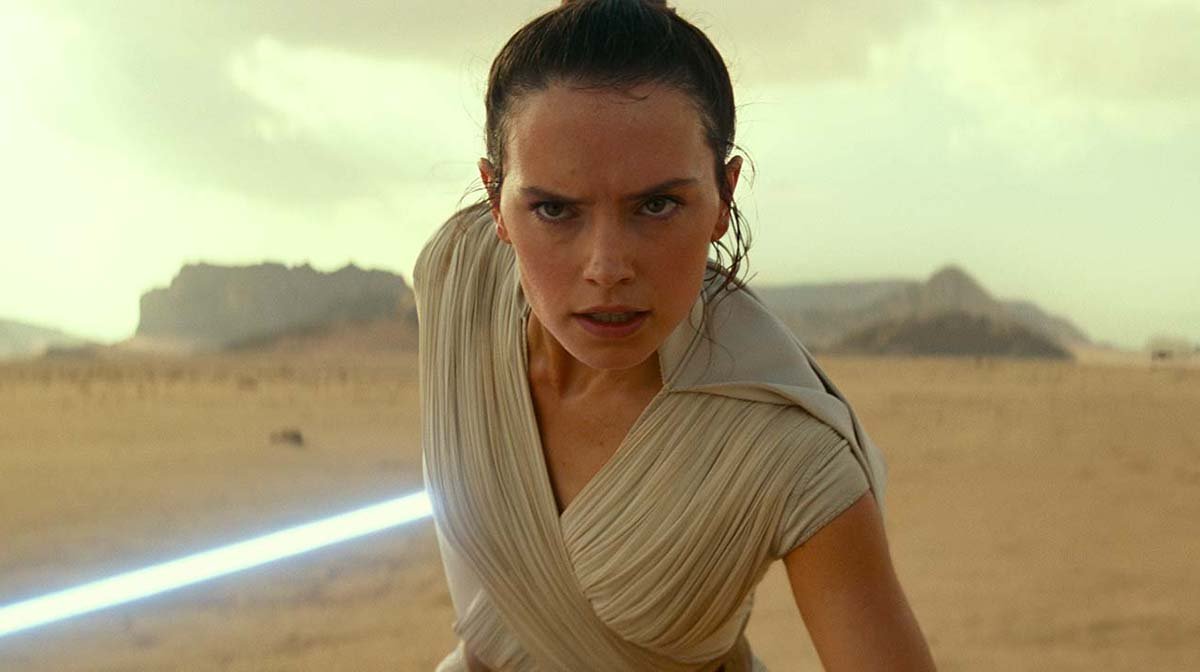 Star Wars: The Rise Of Skywalker is very much at one with the force, a fitting finale to a saga which has brought generations joy, laughs and tears over four decades.

Embracing everything fans have loved about Star Wars, it’s an absolute blast, an epic adventure that’ll often leave you wanting to cheer with sheer delight, you could say it’s the ultimate Star Wars experience.

Pack those tissues though too, as it’s an emotional ride. 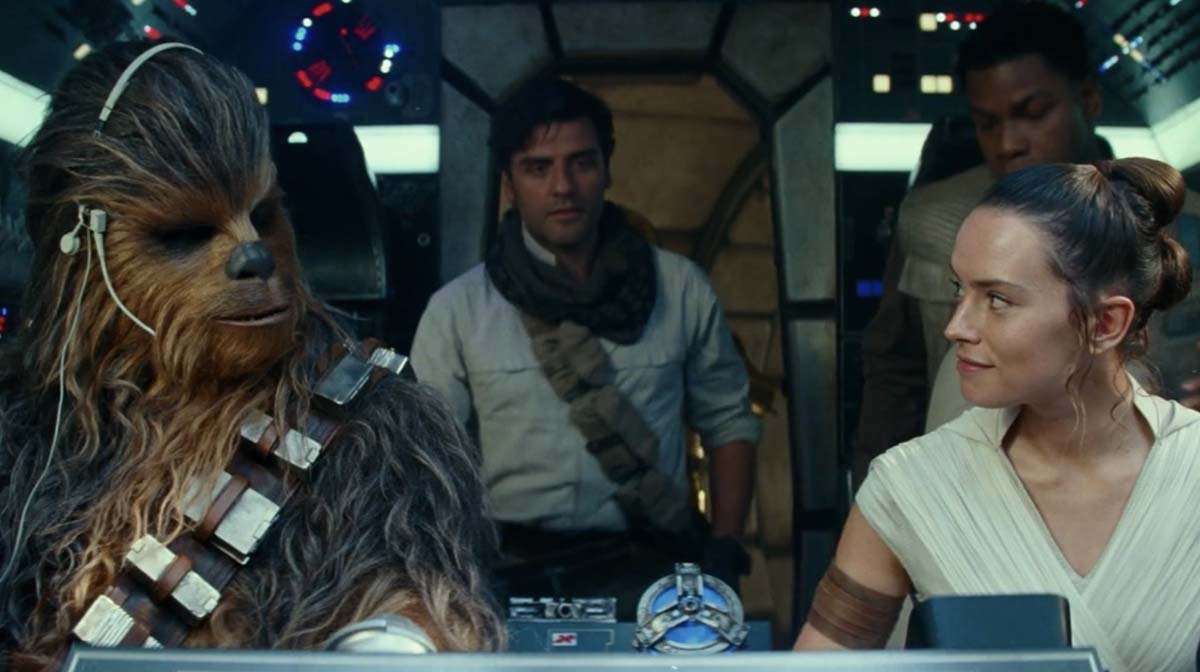 After battling through some pacing issues, when the action gets going it’s quite the ride to a thrilling climax which will send chills through your body.

Of course we don’t want to spoil anything for you, so all we will say about the plot is J.J. Abrams throws a lot at the audience, including plenty of twists and turns, not all of which are completely pulled off.

Sometimes it feels like your head is spinning like an X-Wing as too much is happening at once, and a second viewing will probably be required to take all of it in. 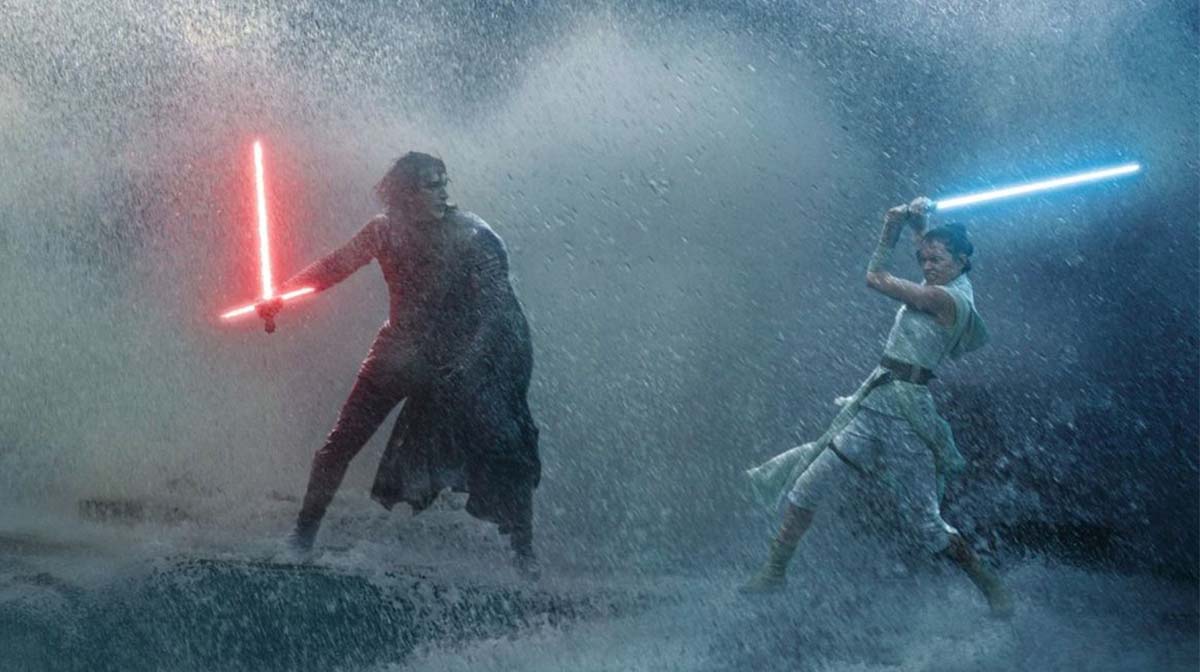 Not that you should mind too much about this, as The Rise Of Skywalker is an exciting big screen experience, and one to see on the biggest screen possible.

It is absolutely stunning visually and once again we are absorbed by this strange galaxy, with Abrams taking full advantage of the magnificent landscapes when it comes to the awesome lightsaber battles.

Battles and action scenes which become even more breathtaking set to Williams astounding score, which has always been and is again one of the best things about Star Wars. 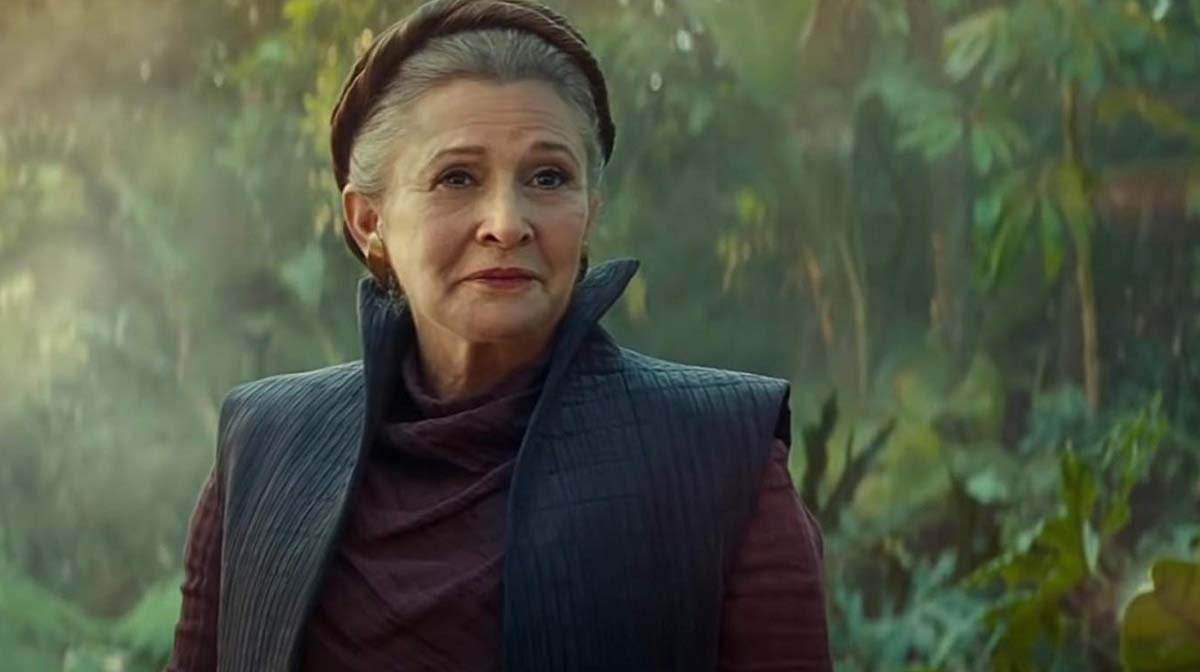 The main cast of this latest trilogy has never been better. Oscar Isaac has a lot of fun with his dashing pilot Poe Dameron, Anthony Daniels is just hilarious as C-3PO, John Boyega’s Finn has a lot of heart, and Daisy Ridley is simply superb as Rey.

But The Rise Of Skywalker, like the other films in the trilogy, belongs to Adam Driver who is once again outstanding as Kylo Ren, one of the most intriguing, complex and best villains the saga has produced.

Other cast members are thoroughly under served though, most of all Kelly Marie Tran as the charming Rose remains mostly absent in this installment.

Yes there are some flaws, and yes, your feelings on The Last Jedi will certainly impact how you will react to the story that lies ahead.

But while The Rise Of Skywalker may not be an outstanding movie, it is a phenomenal Star Wars movie, packed full with plenty of fan service, extraordinary action, laughter and most importantly heart.

A fitting finale that will leave you both weeping and applauding, we will certainly miss the magic of seeing the Skywalker saga on the big screen.

But the force will be with it, always.

Star Wars: The Rise Of Skywalker is in movie theaters now!

Here’s Everything Announced At Disney’s…