At the turn of the 19th century, pragmatic New York constable Ichabod Crane (Johnny Depp) travels to the town of Sleepy Hollow to investigate a series of beheadings.

The locals, a group of interconnected families, believe it to be a supernatural being known as The Headless Horseman. Sceptical, Crane investigates further, only to find the answer in Sleepy Hollow’s own dark history.

The movie sometimes gets lost in the shuffle when talking about Burton’s finest work. It lacks the legacy of a Beetlejuice or Edward Scissorhands, and comes at an awkward time when the director was reeling from both the failure of 1996’s Mars Attacks and the collapse of Superman Lives.

However, from those trials comes one of his most polished and entertaining movies, a heady mix of the grit from his earlier movies, and the spectacle of his recent work.

A knowingly outrageous mystery/horror, Burton builds tension exquisitely. The scares don’t jump out suddenly, they creep, or in this case gallop toward you, with the terror derived from the knowledge that The Horseman is coming. 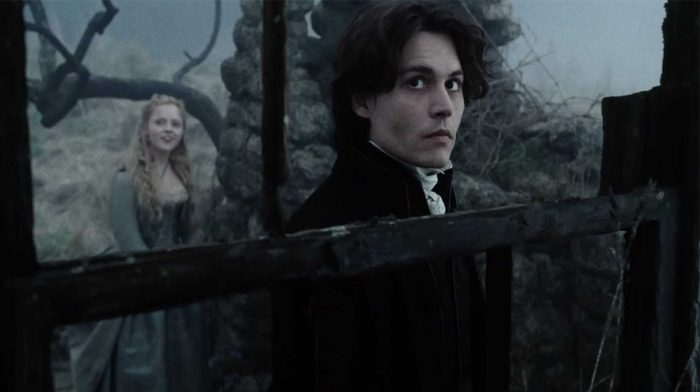 To cut through the tension, there’s also a lot of dry comedy in the script. Andrew Kevin Walker knew how to get laughs and scares as the writer of Scream, and infuses some of that movies knowing charm into the story’s ‘hero’.

However, as we get to know him, we also find out he’s quite cowardly, emitting small shrieks when seeing victims and fainting (repeatedly) when he finally meets The Horseman. 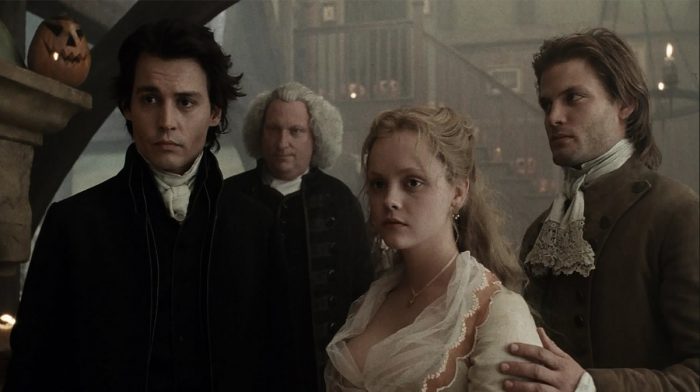 It’s quite a restrained performance from Depp, compared to what he would later become famous for, but it’s one that allows the movies horror and comedy to flow through him simultaneously.

He’s the hero, victim, and comic relief all rolled into one, making a fine case for the superstar he was about to become.

As for his nemesis… well, it’s Christopher Walken with pointy teeth and ice blue eyes. What more could you want? It’s strange now to see Walken as a scary figure, given his evolution into a cult comedy figure.

However, it’s easy to forget he spent much of the 90’s playing villains and tough guys. This was still the Walken of The King of New York, True Romance, The Funeral, and of course Burton’s Batman Returns. As The Horseman, he has no lines but delivers a physical performance that makes you understand why the townspeople fear him. 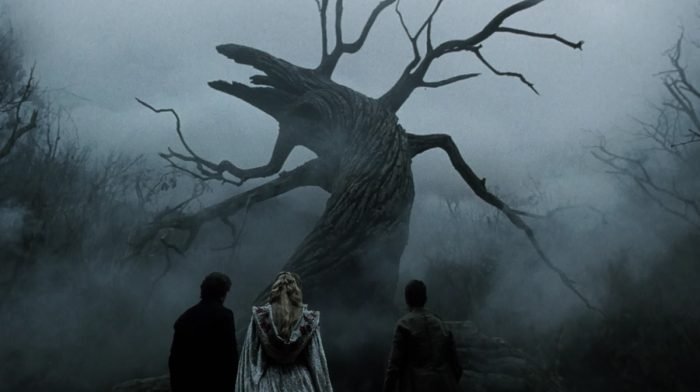 The influence of British horror, particularly Hammer, is evident in every frame. It’s signalled quite nicely in the opening minutes by a small appearance from Christopher Lee as Burgomaster, almost opening the gates to this new adventure as he gives Crane his new task. The legendary actor appears here like an ambassador of a very specific type of horror, filling a similar role to Vincent Price in Burton’s 50’s inspired stories.

While Burton had not tackled this particular setting before, 18th Century grimness suited his aesthetic perfectly. The story allowed him the best of both worlds, being niche enough to offer something not entirely mainstream, but large enough in scale to offer spectacle.

This is the director in his happy place, artistically speaking, telling a story in a world full of ominous houses, surrounded by creepy woods (all built on one large set).

He filled that world with actors he knew well – alongside Depp and Walken in the cast is Jeffrey Jones, Michael Gough, Lisa Marie, and Martin Landau, with Danny Elfman of course providing another haunting score. He also seemed to be uninhibited with the violence, with corpses, bleeding trees, and a lot of elaborate beheadings. It caused a stir at the time, but given the poster’s tag line was ‘Heads Will Roll’, you can’t say they didn’t warn you. 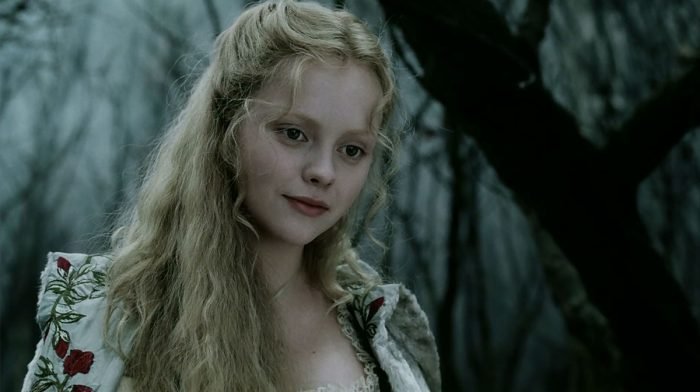 Sleepy Hollow is not just an entertaining movie, but an overlooked game-changer. The movies box office haul ($207 million worldwide) was Burton’s most successful movie outside of the Batman franchise, and proof that the director could make a crowd-pleasing hit without a familiar brand behind him.

At the time it was Depp’s most successful movie by a wide margin. It was a moment of arrival for both men, but also a farewell. It was the last time both would be seen as Hollywood outsiders, as they would go on to become Hollywood’s in-demand talents for the next two decades.

Burton, the animator who was fired by Disney for being ‘too dark’ was welcomed back into the fold, kick starting the current Disney remake trend with 2010’s Alice In Wonderland and taking his vision to a broader scale than ever.

Depp, the actor who had been told earlier in his career that he was ‘box office poison’, found Captain Jack Sparrow and was suddenly a guarantee of box office success. Together they would provide offbeat takes on characters like Willy Wonka or The Mad Hatter. Hollywood’s misfits were now setting the tone. 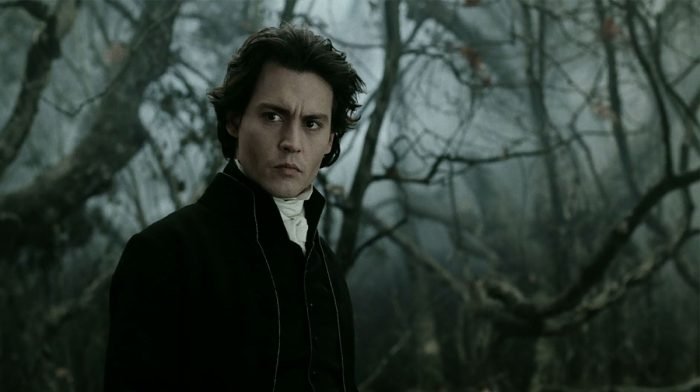 Two decades on, Sleepy Hollow stands the test of time as a snapshot of an established director and star making exactly the kind of movie they want to see.

A lavish piece of gory brilliance, it also transports us back to a period when studio films took a risk on something a little bit different.

James has been a professional film journalist and broadcaster for over a decade, writing for a number of outlets around the world. A film fan since they could crawl, they have an unhealthy devotion to the work of Quentin Tarantino, spends far too much on Blu-ray steelbooks, and sings badly to Lady Gaga songs while writing.

25 Years On And We’re Still Bad Boys For Life

The Rising Actors To Watch In 2020