The Funko Fair is now open for business! Check back daily for brand new Funko releases! 🎡 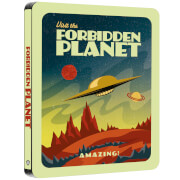 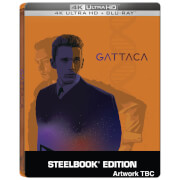 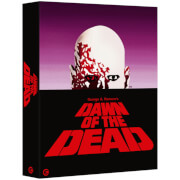 The Rebels scatter after the Empire attacks their base on the ice planet Hoth. Han Solo and Princess Leia are pursued by Imperials, while Luke trains with Jedi Master Yoda. Luke battles Darth Vader and learns the shocking truth of his past.

The Rebels scatter after the Empire attacks their base on the ice planet Hoth. Han Solo and Princess Leia are pursued by Imperials, while Luke trains with Jedi Master Yoda. Luke battles Darth Vader and learns the shocking truth of his past.

The Greatest Sequel of All Time

This 4K steel book is great but not 5 stars. I'm sure most of you love the film and if you're thinking about getting this for your collection you want to know why you SHOULDN'T get it. Well, there are 2 reasons not to, but they are minor. The first is that this is the Special Edition version of the film. But that can't be helped since Lucasfilm refuses to even acknowledge anything other than the SE versions of the original trilogy. So moving on to reason #2 - it's very dark. I put my TV on the brightest setting and it was still very dark. I know Empire is a visually dark film, but this was a bit ridiculous. other than that it's great. 4K, special features, cool steel book. Definitely worth adding to your Star Wars Collection if you're a mega fan - but if you're looking for the best looking version of Empire, this isn't it I'm sorry to say.

A must-own with just ONE minor issue!

The fifth film of the six part Star Wars Saga is incredible and has been since 1980. The 4k release is gorgeous and top of the line, and the steelbook itself is amazing. So, why the four stars instead of five? First, consider this a full five star review IF this is the only one of the actual six (or nine if you go that route) films you want to own; however, if you intend to have the entire collection, then this one sticks out like a sore thumb. Look at them all together as a "set," and the design on this one just does not fit. The steelbook itself is gorgeous, but, again, it stands out. In the end, amazing film, and this is THE way to own it, but when looked at as a set, that is what gives it four instead of five stars.

Everyone who buys steelbooks, buys them for aesthetic reasons. The A New Hope steelbook was beautiful, as was the Return of the Jedi Steelbook, but for some inexplicable reason Zavvi chose to discard the movie poster motif for The Empire Strikes Back. I pre-ordered in hopes the artwork might change to the appropriate and renowned original one sheet for Empire. Unfortunately it did not, and I forgot to cancel it. What a bizarre decision on Zavvi's part. Ruined what would have been a great set.

Only Bad Case in the New Star Wars Steels

I was going to get all of the new Star Wars steels, but this steel ruined the whole collection for me. The others all use their primary poster design and look beautiful together, but this one sticks out like a sore thumb. The Vader head is ugly and doesn't fit at all with the other designs. It's a shame, hopefully it gets re-designed soon. The inside and back are fine!

The cover art looks TERRIBLE. It does not match the rest of the trilogy being released at all. I know that money speaks louder and at the end of the day this is sold out... but keep in mind many people are keeping their pre-order ONLY in the hope that you change this cover art before it goes to print for release. Please Zavvi, pressure Disney into changing the cover art for this. Instead it should be the classic poster in the style of the other steelbooks for ep. IV and VI that you are relasing as well. For the sake of all fans, collectors and a classic trilogy that deserves better than this sore thumb of a cover art.

Please Please change cover art to classic one so it can match the other two !!!!!

This cover image is from The Empire Strikes Back teaser poster back in late 1979. I understand the other reviewers wanting the classic Gone with the Wind style poster cover, but already having that image on a steelbook - I'm happy they went with this vintage image.

The Best Buy 2015 Steel is infinitely better than this one. The ANH one you guys did looks great but now they're not going to match with this very odd choice for the cover. I am aware this is also a poster but the fact of the matter is that it does not match ANH's, and it doesn't look nearly as good as almost any other ESB poster out there. I understand Disney has no clue at all what they're doing with the franchise and that trickles down all the way to their poster selection but take a look at your twitter, people have been posting some EXCELLENT designs on there that would look amazing! Please reach out to someone about changing the design while there is still time, your customers would greatly appreciate it.

Great movie, but I do agree with most reviewing this. Definitely feel they could have done better with the cover art.

Fans that were there for original Theatrical release will recall this was the first poster used..

I would love for Zavvi and Disney, the people that have the SW brand now, to release the 2 versions of the posters for this epic movie. This Darth Vader helmet image was used to promote the movie and it is an official poster. Obviously, it was not the only one. There is even a theatrical trailer with such an image of Vader and his breathing for the movie. I have been a long time fan since it's inception on May 25, 1977, when Star Wars was just called that, not Episode IV: A New Hope, which was later added to the title. I think most SW fans are very passionate about the best trilogy of the franchise and it would be wise to give all the fans the option of either one to purchase. I personally like both, because I remember both. This is my favorite movie of the entire franchise, then Rogue One, and IV. For Episode IV: A New Hope, there was never another choice. For Episode VI: Return of the Jedi, there was another poster used that had just a blue lightsaber being held up by Luke's hand in the middle of it. Then, the other one with what we all know was released as well. To distributors of this item, there should be 2 versions of it for purchase.