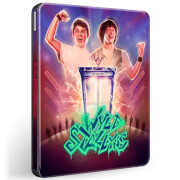 An American Werewolf In London

Edge of the Axe